11pm. The door of the massive Airbus A380 just shot down behind me as I’m slowly lingering through the hallway, looking for my dedicated seat: 35B. Seat down, Flight mode on, shoes off. From here on starts my 3 weeks journey to Mexico. 13 hours flights, 3 movies, 2 meals and few hours of good sleep, we now safely landing in Merida, capital of Yucatan. But more importantly, capital of Puraventura, our brand specialist for sustainable trips to Central America.

In this post, I’m going to tell you the story of my three weeks spent working in a foreign office, together with the possibilities Ventura TRAVEL offers its employees to work from different places.

Jonathan, CEO of Puraventura, picked us up with his girlfriend at the airport. By the way, by "us" I am referring to Robin, your Marketing Manager in charge of Puraventura and myself, Director of HR. They took us to a little city tour which ended having some beers and delicious Mexican food at a food market. The first day couldn't have started better and we were even more excited about the 3 upcoming weeks.

As the jet lag was pretty persistent, it came in handy that our working days started much earlier that in Berlin. Therefore, we had more overlapping time with our home office in Berlin. Quickly, we found our daily work routine and from the first day on, we felt part of the team, not like strangers invading alien territories. Even though the office in Merida is newly rented and there is still a lot missing to be set up, we were welcome with open arms and had everything we might need for a smooth working day. 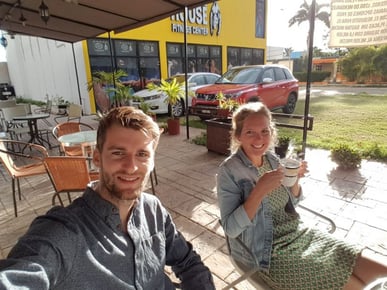 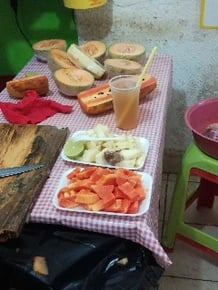 Beside the daily work routine, we also found some routines before work. Not a single day started without dropping by the little fruit shop in our neighborhood to get some fresh cut tropical fruits. Also the coffee in the sun after that was "an der tagesordnung". The welcoming atmosphere and the openness of the owner of these two places fascinated and inspired us. We hope to bring some of this talent to make people feel welcome to Berlin, the city which is not that much famous for transmitting this feeling ;) 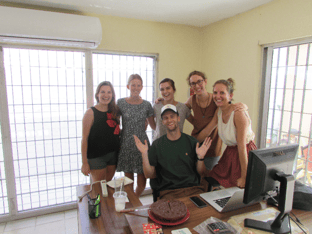 As we are an Online Travel Agency, our work didn't change that much. But obviously, being in a different offices gives the opportunity to put some other emphasis and focus on in these 3 weeks. We could take advantage of being surrounded by a different team, to which usually we just talk by Skype. So apart from the daily business, which is the same, no matter where we work from, we had several meetings which helped building rapport and moving on with some topics. Even though Skype is an amazing software, it (un)fortunately still can't replace the human face-to-face talk. But spending several weeks with another team is not only about working. By getting to know our mexican based colleague's surrounding, being able to talk to the colleagues on site in person these 3 weeks definitely helped me to better understand the needs of the team there. Eventually, it broadens your horizon and view in many ways, just like every other travel.

But our trip to Mexico was not just about working. Thanks to the amazing ubication of Merida, we were lucky to spend 3 amazing weekends in Yucatan and Quintana Roo. We saw flamingos and crocodiles in Celestún, we discovered that the laguna’s 7 different shades of blue in Bacalar is not just a marketing slogan. We explored a holy natural swimming pool after crossing the mangrove in Kayak at the coast in Chuburná and we dove in a the amazing cenote “Nayáh” which seems to be kissed by pachamama. We met interesting people who shared their experiences with us, told us more about the mexican history (e.g that my compatrios stole the “Penacho de Moctezuma”, which is now exhibited in the Ethnological Museum of Vienna) and religion.  We had amazing food such as ceviche in a fancy restaurant in Merida city but also the best tacos and panuches at street food stand around the city.  Last but not least, we explored and observed the small and beautiful but always vivid Merida. Its uncountable cultural and sport offers is incredible (and mostly for free) and we felt lucky to be part of it. 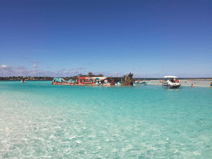 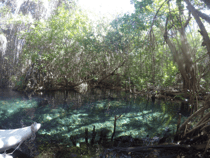 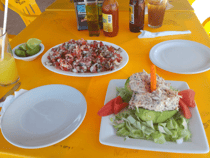 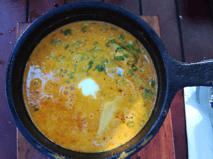 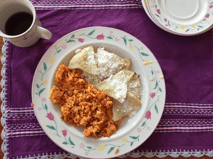 My story is just one out of a many which already had taken place, and is hopefully one before many others to come. The options are as diverse as our vMembers. Our net of offices within the Ventura Network ranges from

All of them have been welcoming venturis from all around the world with open arms. You might be wondering if we all have the privilege to travel to other offices to work from there? The answer is yes. However, the period and length might vary, depending if your daily job can be done entirely online, or just partly, and on the needs of the team you work in. If you ask yourself who takes the cost, there is not such a simple answer. The costs for you as vMember are determined by the reason behind the trip to another office - whether it is rather a necessity of the company or your personal wish to travel. So the company's support might range from 0% to 100%, depending on the factors mentioned above.

Even though we just took one day of vacation, we were accompanied throughout all the time by a slight feeling of holidays, which might - beside the “everything-is-new-and-to-be-explored” - also be rooted in the 30 degrees of difference between Berlin and Merida in December. We are thankful for the experience and are looking forward to the next office change. For me that will be already in 2 month, when I will go to La Paz, Bolivia! 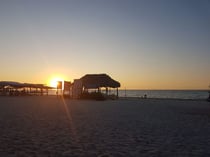 We create & support specialised travel brands that change the world for the better.